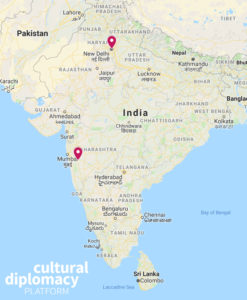 Following the success of the participation of EUPL authors to the New Delhi World Book Fair, the European Literature Festival in Tokyo and to the Writing Residency in Okinawa, the Cultural Diplomacy Platform is now happy to support the participation of three new EUPL authors to the Pune International Literary Festival, to the Long Night of LiteratureS festival in New Delhi and to a series of side events in both cities. Through these activities, the authors will engage with writers and professionals from India’s literary sector, as well as with students and the general public. They will present their works, take part in panel discussions and present the diversity of European literature to coincide with the European Day of Languages, marked each year on September 26. Taking place on 27 September at the Instituto Cervantes, the Long Night of LiteratureS will be an evening of meaningful exchanges between attendees and multiple European authors:

“The intense, week-long visit of the three EUPL winners to India will mark a celebration of contemporary European literature in India; promote literary exchanges with audiences, industry professionals, and students, and open avenues for deepening European and Indian literary and cultural ties. It will also provide the EU and India new avenues to explore emerging frontiers in the creative industries”. 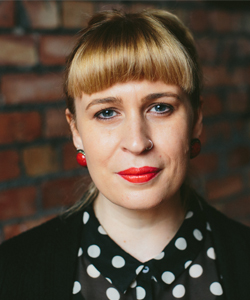 Jan Carson is a British/Irish writer and community arts facilitator based in Belfast. Her first novel Malcolm Orange Disappears, was published in 2014 to critical acclaim, followed by a short story collection, Children’s Children (2016), and a flash fiction anthology, Postcard Stories (2017). Her work has appeared in numerous journals and on BBC Radio 3 and 4. In 2016 she won the Harper’s Bazaar short story competition and was shortlisted for the Seán Ó Faoláin Short Story Prize. Her second novel The Fire Starters (2019) won the European Union Prize for Literature. She specializes in running arts projects and events with older people, especially those living with dementia and is researching representations of dementia in literature at Queen’s University Belfast. 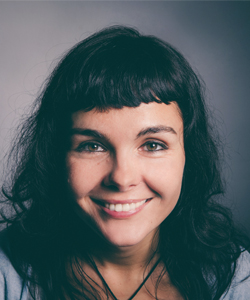 Marta Dzido is a Polish writer, documentary filmmaker and film editor. She has published novels Ślad po mamie  (A Mark Left by Mom, 2003), Małż  (The Clam, 2005), and hypertext Matrioszka (2013), and a non-fiction book, Women of Solidarity (2016) focusing on women’s role in the Solidarity movement of the early 1980s. She won the European Union Prize for Literature with her novel Frajda (2018). A graduate of the Łódź Film School, her documentary film credits include Underground Women’s State (2009) and Downtown (2010), winner of the Hollywood Eagle Documentary Award in 2011. She wrote, co-directed and edited Solidarity According to Women (2014, Krzysztof Kieslowski Beyond Borders Award, special award of Polish Film Institute) and the docudrama Women Power (2018). 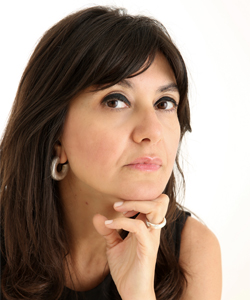 Çiler İlhan is the author of two collections of interlinked short stories,  Rüya Tacirleri Odası (The Dream Merchants’ Chamber, 2006) and Sürgün (Exile, 2010) which won the 2011 European Union Prize for Literature and went on to be translated into twenty-seven languages, including Hindi and Malayalam. Her stories have been published in numerous anthologies in Turkey abroad, including Tales of the 1002nd Night (2005) , City-pick Istanbul: Perfect Gems of City Writing (2013) and Écrivains de Turquie: Sur les rives du soleil (2013). Her essays, book reviews, travel writings and translations were published in leading Turkish magazines and newspaper supplements. A member of Turkish and Dutch PEN, she is currently working on a novel.