Urban and street art exchange in Nepal: meet the artists 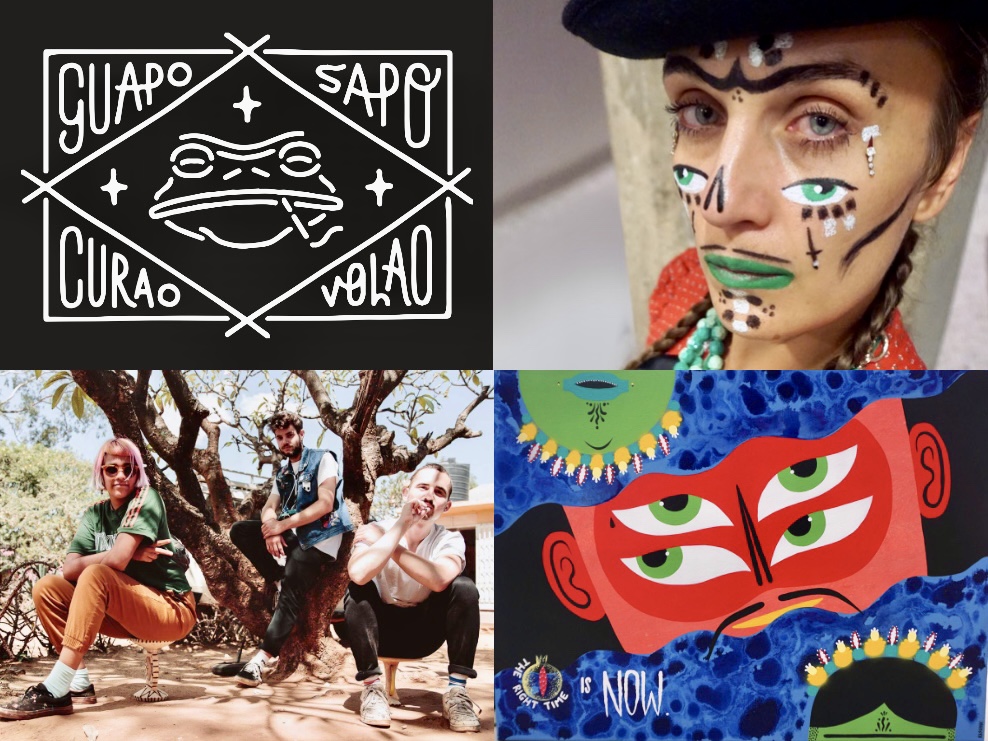 It is time to introduce the two European acts invited for a residency programme at Kaalo 101, in Kathmandu, to start on the 15th of October.

Our initiative, along with the EU Delegation to Nepal, facilitates the intercultural exchange between Nepali artists and European peers. During 30 days Nepali urban artists selected locally will join the core team of creatives with Guapo Sapo, a three-piece art collective based in Germany and Kashink, an artist, activist and performer based in France.

Meet the artists and find out what they have to say about their identities, career, influences and inspirations:

Guapo Sapo is a collective from Hamburg and Berlin (Germany), but with international roots in Chile, Peru, Ukraine and France. And as typical of collectives, the individual backgrounds, disciplines and personal imprints of Isakov, Ju Mu and Krashkid are mixing up to a frisky self-realization.

What started out as friendship and mutual inspiration between colorful art, graphical ornaments and agile illustration became an essential element of their creative craft. From project to project the styles are newly combined: figurative characters and creatures are joining abstract patterns and graphic collages. But primarily they travel, celebrate, and create together, enjoying art in all its facets. This passion and the exchange with international artists makes them discover the world little by little, wall by wall, where murals are now indicating their visit.

Kashink’s work questions aesthetic codes and the definition of identity. The artist considers herself an activist, practicing a form of public art. For over the past fifteen years, she has particularly developed her work in street art, via murals or exhibitions, and has obtained international recognition. Her large-scale, diversity-conscious murals have been painted in Paris, Morocco, Miami, New York, Los Angeles and other various other cities throughout the United States, Canada and Europe.

Since 2013, she has worn a mustache drawn on her upper lip like two lines that are often seen above one’s eyes or placed as eyeliner. It is as much about an artistic bias, shaking up gender codes, a daily performance, as it is an activist sociological experiment, creating a social bond around deep questions such as normativity or freedom. She is regularly invited to speak at universities, which to date include Nanterre, La Sorbonne, Michigan University or for talks such as TEDx.  The Huffington Post named her first in a list of “10 Women Street Artists Who Are Better Than Bansky” in September 2014.