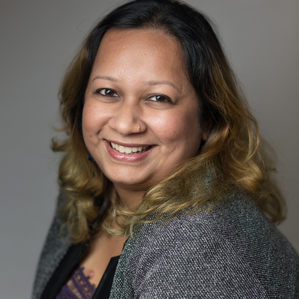 Sharmilla Ganesan is a radio presenter with BFM 89.9 in Kuala Lumpur, where she co-hosts daily current affairs programme The Evening Edition. She also presents Everyone’s A Critic (arts), By the Book (literature), and Popcorn Culture (film and popular culture). Sharmilla is a writer and critic as well, with in-depth experience covering and commenting on Malaysian arts and culture. She was a features journalist with The Star for over a decade, where she wrote extensively on the arts, books, and film. Her articles have been published in, among others, The Atlantic, South China Morning Post, NewNaratif, and ArtsEquator. Sharmilla was an Asia Journalism Fellow in Singapore in 2017, and a Fulbright/Hubert H. Humphrey Fellow in the United States in 2015/16.