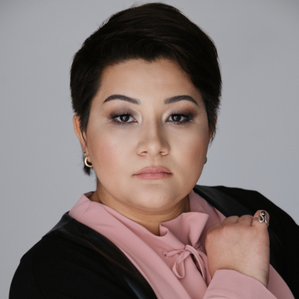 Gunesh Khodjakuli has worked in arts and culture over 14 years’ across Central Asia, India, Germany and the US. Having an education as a theater critic, she was more involved in theater projects as a manager, producer and fundraiser. Alongside the diverse working experience in various fields since 2006, Gunesh has been working as a freelance coordinator in different international projects funded by Swiss Cooperation Office, British Council and Goethe Institute.  She currently assists in research of Creative Industries Mapping,  the project of British Council Uzbekistan and Counterculture organization based in London.  Since 2020, she has been carrying out research and educational projects at Bonum Faсtum Gallery funded by Swiss Cooperation office.