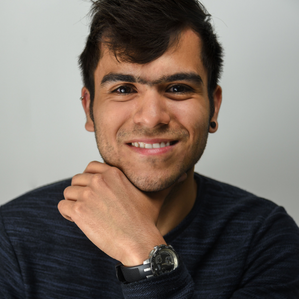 Diego Aparicio is the founder and artistic director of Queer Wave: the Cyprus LGBTQIA+ film festival. Queer Wave had its inaugural edition online in August 2020, followed by a 10-day physical edition in September 2021. Diego was one of 20 finalists worldwide shortlisted for the 2021 Commonwealth Youth Awards, amongst 1,000 nominees from 43 countries. He served as an official jury member for Giornate degli Autori at the Venice International Film Festival in 2018, and has assisted the Giornate as pre-selector in their past three editions. He was also part of the selection panel for the 2022 LUX Audience Award, presented jointly by the European Parliament and the European Film Academy. Diego’s credits as production assistant include four international co-productions, two of which premiered at the Cannes Critics’ Week and Karlovy Vary. He graduated with a physics degree from Imperial College London in 2016.