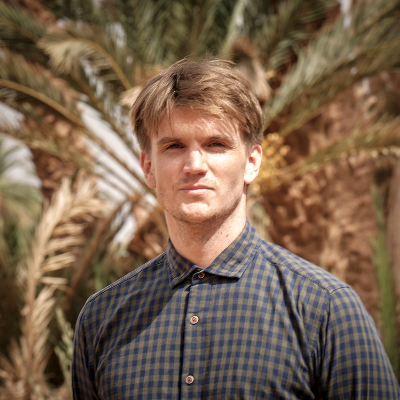 Thomas Duncan is a cultural actor from the U.S. who has been living and working in rural Morocco since 2013. Thomas co-founded the cultural organisation Joudour Sahara in 2016, which now reaches more than 100 youth and 100 musicians in the Saharan region of Zagora, Morocco. Thomas co-created the digital archive draaheritage.org, documenting the traditional music styles of southeastern Morocco, as awarded through the Ambassadors Fund for Cultural Preservation by the U.S. Embassy. Thomas has also facilitated multiple international exchange projects, notably with Grammy-Award nominated Vasti Jackson and local guitarists from Joudour Sahara.