PROCULTURA will award around 8.5 million euros in grants for projects to be carried out in the PALOP and Timor-Leste, mainly in the sectors of music, performing arts and children’s and youth literature. International partnerships will be valued, as a way to realize the regional dimension (PALOP-TL) of the project, enhance access to markets and transfer knowledge and technology.

This action is funded by the European Union, co-financed and managed by Camões IP and co-financed by the Calouste Gulbenkian Foundation. 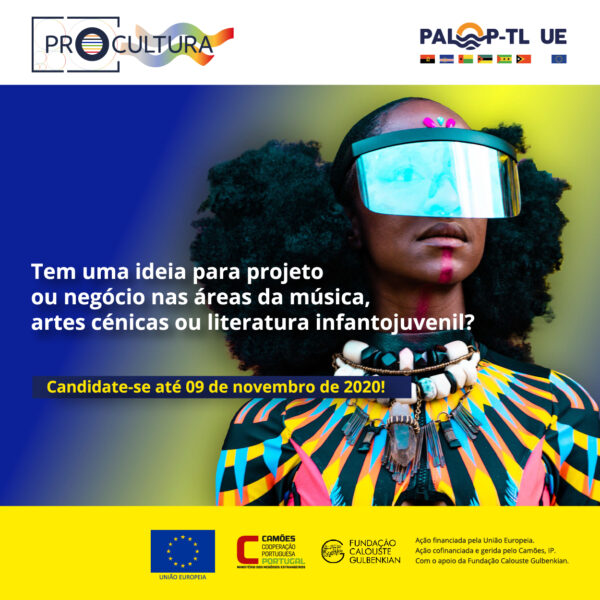 Visit the website
Back to previous page
We use cookies to ensure that we give you the best experience on our website. If you continue to use this site we will assume that you are happy with it.Ok