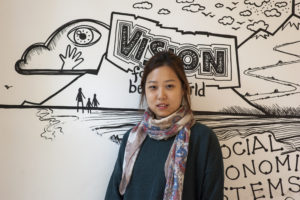 Tenny Kwon is currently working for the Korean Film Council (KOFIC) – a special organization affiliated to the Ministry of Culture, Sports and Tourism of the Republic of Korea – which aims to support the development and promotion of Korean films. Worked in the International Relations Team for the past four years, mainly supporting Korean films & companies to expand overseas by organizing Korean Film Centre booth in various International Film Festival Markets and by holding networking events in collaboration with film-related organizations in other countries.