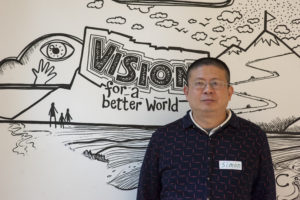 After earning his Bachelor degree from Peking University in China, Simon Yin, GCLP 2018, obtained his Master degree from Harvard University in the USA and his PhD from the University of Tübingen in Germany. His major professional interest is Sino-Western cultural exchange. In the future, he would like to curate an art exhibition on Western missionaries-artists during China’s Qing Dynasty (1644-1911). The impacts of western arts on Chinese arts during this period are still not well studied. He strives to fill in this gap. The exhibition would make significant contribution to Sino-Western cultural exchange.