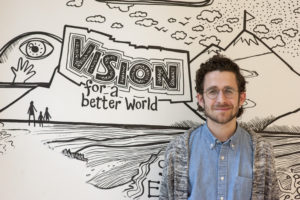 Mickey Davis is Community Placemaker with McClure, where the place making team currently works to revitalize and reinvigorate communities in 15 states and two countries, primarily in the Upper Midwest and Mississippi Delta regions. A musician by training, Davis also manages cultural exchange programs for the U.S. State Department, overseeing music and education programs in over 30 countries in two years. Prior to that, Davis served as the Program Director at the Des Moines Social Club, a non-profit arts and culture centre in downtown Des Moines housed in a renovated 1930’s Art Deco fire station which hosts over 800 events annually. Davis holds a bachelor’s degree in Music from Macalester College and a master’s certificate in Arts & Culture Strategy from the University of Pennsylvania.