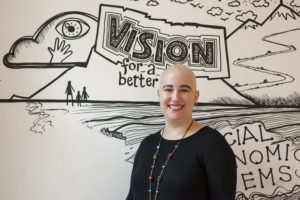 Lauren Agosta is an arts administrator, performer and creator, dedicated to supporting the arts for social change and creating dynamic spaces for collaboration and global exchange. She is the Senior Culture and Collaborations Lead for Culture and Art at the Open Society Foundations, where she has organized the Arts Forum: Art, Public Space, and Closing Societies and helped to launch the Soros Arts Fellowship. Agosta is a skilled facilitator and has led large-scale international collaborations including the Regional Creative Hubs, an initiative bringing together artists, activists, and journalists in West Africa and the Western Balkans to challenge corruption through creative activism. In addition to her work at Open Society, Agosta is an accomplished opera singer. Praised for her commanding stage presence and artistry, she has performed in Opera Academy of California’s Summer Festival, in the Maazels’ Castleton Festival, and with San Francisco’s leading contemporary chamber opera company, Opera Parallèle. Agosta received her Master of Music from the San Francisco Conservatory of Music and Bachelor of Music from Northwestern University. She is currently writing her first opera, a family drama based on the life and death of her mother.