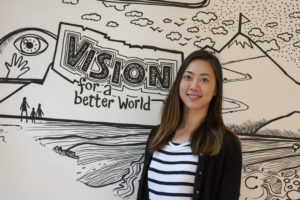 An Independent Producer, working with various artists and arts & cultural organisations across multi-art forms internationally. She is also the Company Manager and Producer of Theatre du Pif in Hong Kong and worked with the Adelaide Festival Centre’s OzAsia Festival 2017 in Australia as Assistant Producer – a 3-week international arts festival focusing on Asian and Australian’s contemporary arts. Jamie has been a delegate at several international performing arts markets and received the 2017 Fellowship of the International Society for the Performing Arts (ISPA) to attend ISPA’s 99th Congress, The Association of Performing Arts Presenters Emerging Leadership Institute and Conference in New York. She has been selected to participate in the Producer’s Academy 2017 in Brussels organized by The International Centre for Training in the Performing Arts (CIFAS), On the Move.