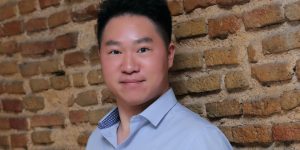 Zhenyu Zheng was a participant in the 2017 edition of the Global Cultural Leadership Programme.

At an early age Zhenyu Zeng, GCLP 2017, sang Kunqu Opera, a Chinese traditional theatre listed by UNESCO as one of the Masterpieces of the Intangible Heritage of Humanity. With the background of onstage and offstage, he has a keen interest in creating opportunities for young musicians. In 2019, he became the director of the Shenzhen Singing Festival, which is a truly paradise offering most appealing concerts to music lovers and most prominent tutors to young singers. Zhenyu is a passionate advocate of cultural exchange, and founded the China-Europe Youth Orchestra, one of the most ground-breaking projects within the humanities and cultural exchange in China, in 2011. Zhenyu graduated from the China Conservatory of Music and Shanghai Theatre Academy; he later studied in Germany, USA, Britain and Spain. Zhenyu has also taught in various universities in China, France and Canada in addition to publishing numerous articles on cultural management.