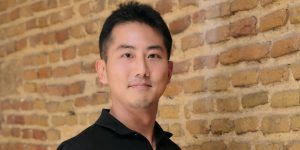 Yuki Hamada was a participant in the 2017 edition of the Global Cultural Leadership Programme.

Growing up in Japan, Indonesia and Thailand, Yuki Hamada explored his interests in international cultural diversity as well as his own cultural background. After studying Japanese literature in the university, he decided to work as a sales & marketing executive that gave him the opportunity to work in Singapore. He joined the Japan Foundation in 2014 and became the first director of the Asia Center Phnom Penh Liaison Office in Cambodia. Since then, Yuki has implemented several projects in film, music, sports, visual arts and architecture, collaborating with Cambodian and Japanese people and organizations. He recently moved to The Japan Foundation Japanese-Language Institute in Osaka (Japan) in order to take part in the new team creating media and e-learning material for the non-native speakers studying Japanese.

“With diverse participants from all over the world and hearing a variety of challenges and collaborations, I realized my position in the global cultural leader’s context; which gave me more confidence regarding the role I play in my current position. There were plenty of eye-opening insights in the lectures and discussions during the program, so I developed a broader vision for international cultural collaborations as a ‘Global Cultural Leader’.”

In order to introduce themselves and their organisations, the participants prepared a poster