The Continent that the EU does not know. At the ZKM, the exhibition focuses on experimental artistic developments of the 1950s and 1960s, and experiences an independent prioritization and expansion with more than 600 loans from over 500 artists in their impressive galleries.

This exhibition has been organised jointly by BOZAR Centre for Fine Arts in Brussels, the Pushkin State Museum of Fine Arts and ROSIZO State Museum and Exhibition Center in Moscow, in the framework of the European project “Trauma & Revival“. It aims to look into the art history and cultural connections between the different sides of the divided Europe. The usual canon of modern art becomes problematized when artistic creation, discoveries and art history of Eastern Europe is presented alongside with the Western modern classics. The exhibition will, subsequently, tour to its final venue: The Pushkin State Museum of Fine Arts (6 March – 28 May 2017). 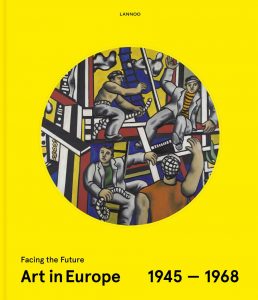