Europe must be a ‘Warrior’ of Cultural Rights and Cultural Diplomacy 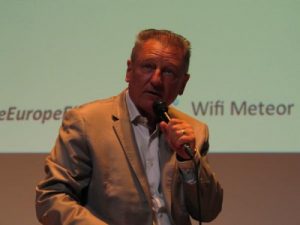 Ahead of the Preparatory Action’s final conference, we let Ferdinand Richard ‘jump the gun’ on the debate, and give a few of his perspectives on culture in EU external relations.

How would you describe the EU’s culture(s)?

In present times, Europe is facing a crossroads. Either we concentrate all cultural industries in some “golden triangles” (e.g. Amsterdam, Paris, London), that can be really powerful cultural engines, and act as magnets attracting creative forces from all regions of Europe (and the world) – creating some kind of cultural desertification in the peripherally areas; or we decide that each of Europe’s “regions/population centers” is a cultural source enabled to support fruitful local creative industries. These would participate both to local development and attractiveness and to a global multilateral and instant network. It appears to me that this choice has not been made so far, and that Europe will not be able to make it until the “rapport de force” between Member States, the European Parliament and regional authorities has been changed.

Until then: it does not seem very relevant to speak about EU’s cultures, since they are still “prisoners” of national prestige and national communication strategies.

How important are cultural relations and exchanges between the European Union and the third countries?

Relations and exchanges between countries are absolutely essential, since it is the only level where cultural diversity and cultural rights (both principles being part of the essential ground of Europe) can be implemented and respected. In some cases, these relations have existed for a very long time, even before the European Union was created.

Therefore the question is not about Europe creating cultural relations to the outside world, but about Europe’s ability to take advantage of existing relations, and to enhance their effects.

How can culture change the relations between two countries (better/worse)?

As it is today, and since World War II, the vast majority of state-to-state cultural relations has been turned into cultural diplomacy, culture being understood in the majority of the cases as an element of national prestige, and as a tool of influence. This vision is no more adapted to the rapid evolution of global/local cultural production. There are new coming massive cultural industries (the Internet global players, the mobile phone companies, the Chinese audio-visual investment funds, etc…) which completely overcome this old cultural diplomacy frame.

The only way to keep a voice for cultural diversity and cultural rights in this global (and violent) cultural struggle, cannot be anything else than a clever European initiative, which would involve all cultural players, including of course regions, big cities, metropoles, etc. and their networks.

Are some relations more important than others? How should culture be approached in external relations?

Europe must be a “Warrior” of Cultural Rights and Cultural Diversity. As far as I can see, there is no other possibility, since it is the last chance to keep on playing a role on this global issue, including saving some “market shares”.